"With all 80 state Assembly seats on the ballot, New Jersey’s Democrats – helped considerably by $4 million the NJEA spent on behalf of their campaigns – added four seats to the majority they already had in the lower house.


"The NJEA was all in for the Democrats this year. For the first time in recent memory, the union did not endorse a single Republican. But the union also insisted that it wasn’t party affiliation that mattered. “We would have liked to endorse a Republican,” said Ginger Gold Schnitzer, the NJEA’s head of government relations and director of the NJEA’s PAC.

“The reason the Republicans weren’t endorsed was that none of them stood up and voted for the five-seventh pension payment,” she said, referring to the proposed $3.1 billion payment of five-seventh of the state’s obligation. “The rubber met the road on the pension payment. This election for the NJEA was very much about one thing: It was about candidates keeping promises.”

Beginning with the administration of Christie Whitman and in every administration since, NJ has used the assets of the retirement systems to fund gaps in the state budget.
Bravo to all of those teachers and support staff who work for the taxpayers of NJ for helping to elect legislators who believe that keeping a promise is important.

Note: Ronald Reagan was the first President to "borrow" the assets of the Social Security Trust Fund to fund gaps in the US budget. Every President since, has done the same.

Posted by JoAnn Tropiano at 8:37 AM 0 comments

The year that Grace was born, I made a Christmas Planner. I may have shared it but I don't remember with whom! I keep it up to date.  It is a history of gift-giving, card-sending, keepsake-saving and holiday-decorating for every year since 2007. Today, I took it from the shelf and opened it to begin the record for Christmas 2015, the last year that will fit into this volume.     * Note to self: Buy another notebook to set up for Christmas 2016.*     I opened it at breakfast this morning and am still browsing and smiling over it at 1 p.m.!!!

Take-aways:
Because I have no pictures in this post yet, here are a couple before I sign off. 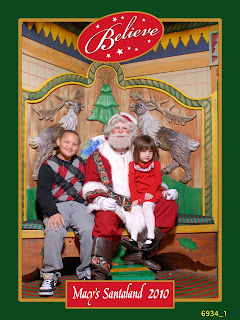 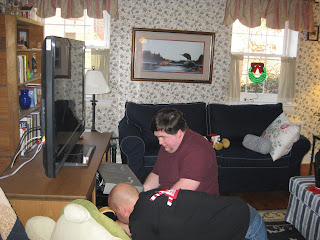 I don't miss that wallpaper, but I still use those little window wreaths and the wii game that the guys are setting up here. Thanks again guys.

The Burning Room by Michael Connelly

The Burning Room by Michael Connelly


Bosch's many years of experience shine as he mentors Lucia Soto, a quickly advancing new detective assigned to him. Working on an unusual cold case with her, he keeps this complex tale moving in ways that give readers more police procedural insight than many of author Connelly's previous Bosch stories.

A page-turner for sure if I were reading words on a page, the story suffered, for me, in the flat reading by Titus Welliver. Read the paper or digital editions.

Posted by JoAnn Tropiano at 10:45 AM 0 comments

The Whites: A Novel by Harry Brandt


These are not perfect people.

As characters, their points of view and behaviors are skillfully drawn to engage us because we relate to their imperfections. Family life, environment, fate, "what ifs" work to bring us a slice of life in law enforcement. A good story. Highly recommended.

Posted by JoAnn Tropiano at 10:56 AM 0 comments

Go Set a Watchman by Harper Lee
My rating: 3 of 5 stars

Just finished “wading through” this didactic-heavy (preachy) novel. Message: How offensive does one flaw in a good person have to be to reject that person entirely? It is a matter of individual conscience, your inner “watchman”.

I can see why this novel was rejected by the publisher with instructions to Harper Lee to re-write. I share the suspicion that Lee did not intend to publish this one. (And, perhaps Truman Capote had a larger role in shaping To Kill a Mockingbird than we all realized.)

The kind of prejudice that keeps whole groups of people from achieving their potential is no ordinary flaw in my view.

BTW Uncle Jack is the most interesting character here.

View all my reviews
Posted by JoAnn Tropiano at 10:43 AM 0 comments


Desperate to find a "new" author, I chose this book because it was not new and the reviewers promised murder, politics and corruption. It did not disappoint me.

I began this book in the audiobook format while out walking. Hearing the pace and accent of narrator Mark Hammer made this story real. The print pages never succeeded in capturing my interest in the same way.

Two-thirds of the tale were set within the current events window of my childhood (and probably yours too if you were in high school when JFK was President of the United States). Remotely aware of the civil rights struggles of the sixties, and effectively shielded from local events by protective parents, this story effectively gave voice to the news clips and television accounts clamoring for attention in my world of Elvis, 45 rpm hit records, friends, school and adolescent angst. Even now, it is difficult to believe that these history-altering events were taking place while I lived and breathed without comprehending their significance.

Published in 1981, "Chiefs" won the Edgar Award for a first novel and launched the career of Stuart Woods. It is unique in its approach to a series of murders that begins in 1920 and ends during the John F. Kennedy years. Using the small southern town of Delano, Georgia, and the efforts of three police chiefs to solve a murder and a series of disappearances, Woods weaves the tale around the politics, racial tensions and changes in society over forty years.

The three parts of the story, one for each successive police chief, are unhurried. Progress in the mystery is not driven by intense desire to solve the crime, but rather by the gradual exposure of a pattern that challenges the "common sense" theories and attitudes of the place and time. The bulk of the evidence is circumstantial. Concrete evidence is uncovered accidentally. The characters are developed with skill as people that readers will recognize. These are people who could have populated the pages of Harper Lee's "To Kill a Mockingbird."

Posted by JoAnn Tropiano at 10:18 AM 0 comments


Motivated to use accumulating credits, I chose this book from Audible's suggestions without reading about it first. "Suspect" grabbed my attention from the first page. I probably would not have chosen it had I known that a dog was a main character. But Maggie flows from author Crais' pen as a well-developed one. I could not stop listening. Loved it!

Posted by JoAnn Tropiano at 2:57 AM 0 comments


Listening to this book, my appreciation for great narrators swelled. The story is complex, interesting and superbly narrated by Simon Slater. (I will look him up in "Audiofile" and search for other books narrated by him.)

That said, this is a huge story made easier to follow by keeping a list of characters within reach.

24+ hours of great company in the car, on walks and while quilting.


View all my reviews

Posted by JoAnn Tropiano at 10:28 AM 0 comments